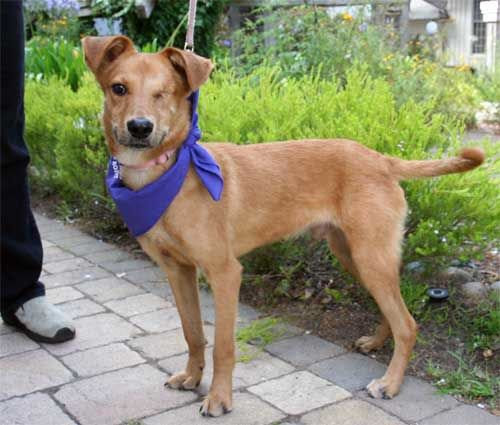 He is the dog we've been fostering since last fall that I've never blogged about. Poor neglected Marley. 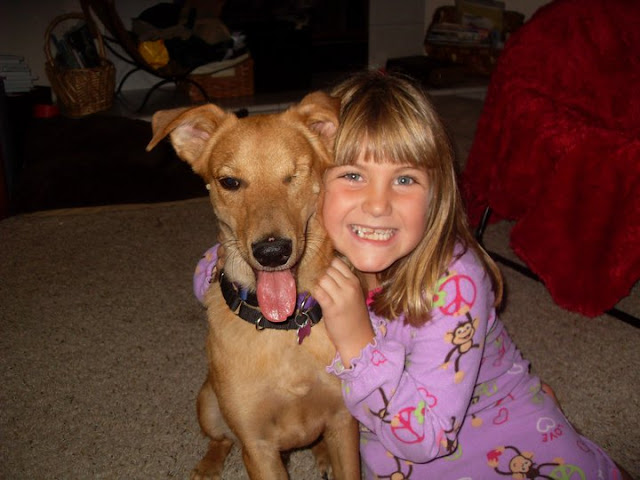 He's a sweet little guy and has been Noelle's sidekick since he joined us. We do plan to adopt him, but haven't officially done so yet.  We were told originally that his eye was hurt so they removed it, but we found out last night that he just had an odd eye that they thought would keep people from wanting to adopt him, so they just removed it.  Weird?  I guess it worked, but what got me was his write up that said he was great with kids and other dogs.
He doesn't bark much, but when he does, he sounds like he's 3x bigger than he is. That doesn't bother me! When he whines, he sounds like a bird singing.  No really -- people think we have a bird.
Anyway, a few weeks ago Marley started having seizures. Our Husky has them now and then, too, but his are somehow lighter and last longer, whereas Marely's are short and fierce. One was so bad that he bit his tongue terribly and you can imagine how fun that was to clean up at 4 in the morning. After he has them he's scared for the better part of an hour, following me around and tweeting. When I told my co-worker about it, he turned me on to something that I'd never heard of before: Flight of the Conchords. HOW did I miss this??
It didn't take long for my buddy to send me this you tube video, which I will share in all good humor about our sweet dog. Currently, Marley is at a vet being observed so we can figure all this out and treat him for it. I'll be so happy when he no longer has to suffer!
on 3/02/2011

Marley looks like such a sweet dog and Noelle looks so happy with him! Can't wait till y'all adopt him! I bet Marley and your husky are good friends :)

And, OMG, FOTC are the funniest, we own the 2 seasons of shows and their CD's and even went to see them in Berkeley last year! HEElarious!

Marley is a cutie pie! My mom's dog has seizures from time to time and I feel so helpless whenever he has one:(