There's no one special reason as to why I haven't been blogging lately. I think it's a combination of things. With Rick out of town, I'm doing twice as much as usual, trying to keep things running along smoothly. Whatever down time I have has been spent vegging out in front of the television, attempting to get caught up on "Medium," or just sleeping. It doesn't help that there's been a little more drama in my life than I care for these last few years months, but things have been improving, day by day.
Some excitement around here has been happening for Charlie. First, this in March. 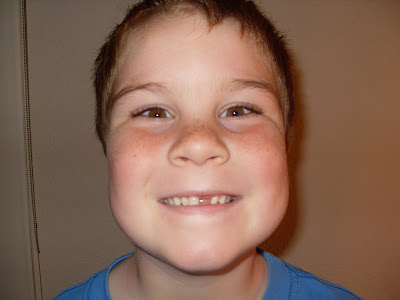 And then this last week. 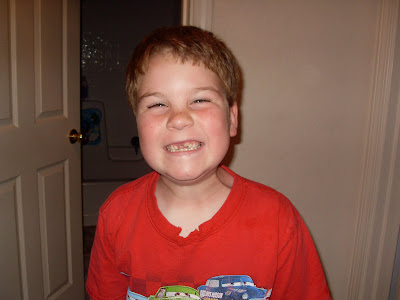 He was VERY happy. Unfortunately, our semi-annual trip to the dentist led to a conversation that included the words "braces in the future." They also included, "Noelle has a cavity," so we'll be back in a few weeks. I guess my advice of brushing twice a day and rinsing with fluoride wasn't such a bad idea after all.

Noelle is also finished with soccer, officially, and I don't think she'll be revisiting that sport. She enjoyed making friends, but she doesn't yet seem to have the aggressive athletic nature that it takes to be the one who tries to control the ball. She says she wants to try ballet next -- I'm looking forward to that as much as she is. In the meantime, here's a few shots of the Mighty Blue Dragons! 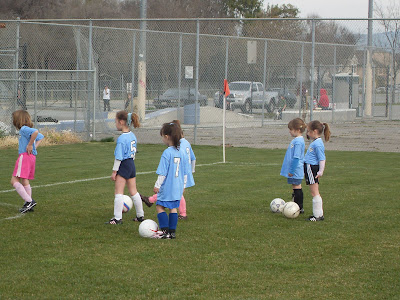 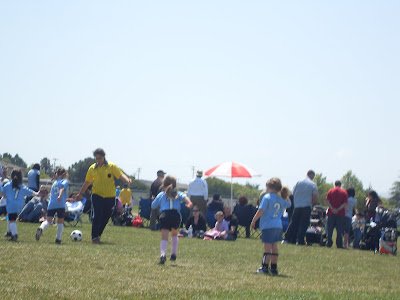 Charlie and I enjoying the last game together. 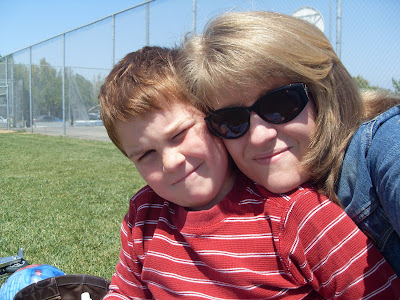 The best and most patient coaches I've ever known -- thank you, Moms! 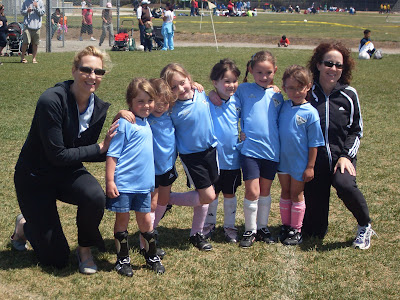 Miss Noelle and her first medal! Despite not loving the game, she loved her team! 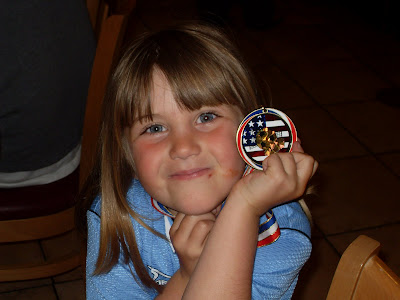 Keep her in soccer! I was terrible when I first started. It took many many years to get "more aggressive". I was the tiniest on the team and had to finally grow to start pushing folks around! But I loved it and think it is a great way to learn about team work.

My oldest played soccer for the first time last year--he had fun but he never went after the ball! He's much better at baseball:)

Congrats to Charlie! Hope he got lots of money from the tooth fairy!

AAWWWW. What great pics. They both absolutely adorable. Keri wanted to join the sixth grade basketball team this year. She was too nervous about having to try in front of her classmates. I tried to talk her into it, but no dice.