In my previous post I mentioned Charlie’s Spelling Bee, in which he made it to Round Three! We were very proud of him for taking part in something like this, as he’s often our shy guy who doesn’t enjoy any kind of audience. When he was feeling blue afterwards, I made good on my promises that we would celebrate his participation, regardless of the outcome.

Originally I suggested dinner out as a family to celebrate. I had images in my head of him being surprised by a fun dessert, perhaps even sung to, surrounded by balloons – you get the gist, right? But he didn’t see what I did and didn’t have any interest in a long wait at a restaurant, which is what he thinks of restaurants. I guess he gets served faster at home!

In the end, he came up with two ideas on his own. The first was Strawberry Shortcake. 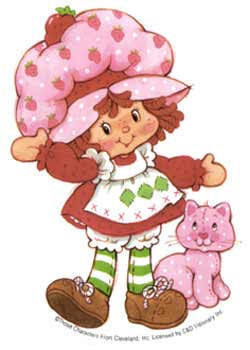 The dessert! He had it recently on Mother’s Day when our wonderful neighbor made it for us. His other suggestion was a new Bakugan. Because he only has 18, and that’s not possibly enough for a seven year old??? But of course I caved when I saw his heartbroken little face.

In the end, here’s what we had for dessert. (Try not to be as horrified as I was that the oomph had gone out of the can, causing it to be the drippiest whip cream, ever.) 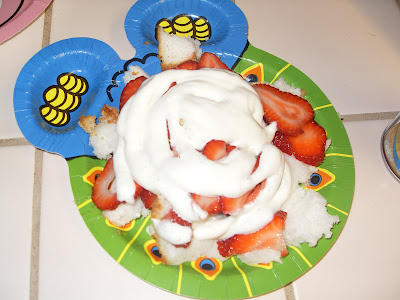 And here’s the spelling wonder himself, enjoying his winnings! *Note the new brown Bakugan in the picture, too.* 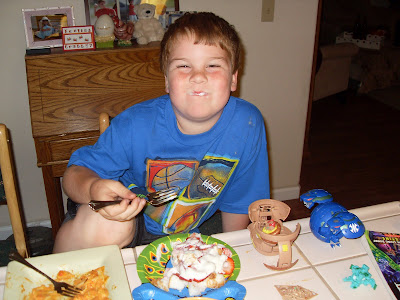 Naturally she wouldn’t be left out of the dessert photos. 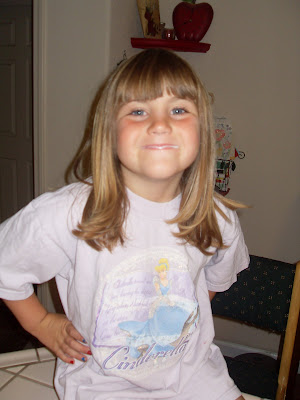 Yay for the spelling wonder!! And double yay for strawberry shortcake!! And boo to Vegas escort services. I hear you!!