Question of the Day

“May that right (freedom of speech) be used to promote equality and respect."

This comment from Governor Palin was in today’s news, and it really struck me. The comment came from her acceptance of David Letterman’s apology for his tasteless joke last week. The full quote is “"This is all thanks to our U.S. military men and women putting their lives on the line for us to secure American's right to free speech. In this case, may that right be used to promote equality and respect."

I don’t actually want to blog about that entire situation, because it’s pretty much just…gross. It was a dumb joke that didn’t offend me enough when I first heard it, and after all that went down, I realize I’m becoming accustomed to that kind of humor, and I’m not happy about that. But that’s still a whole other topic.

It’s the idea of freedom of speech being used to promote equality and respect.

Isn’t that exactly what it should do?? Don’t you think that’s what our forefathers had in mind when they created it? And yet it’s so often being turned into something despicable, something vile that if we “don’t like,” then we’re railing against someone’s ‘freedom of speech.’

Case in point: I had a friend several years back that loved Eminem. 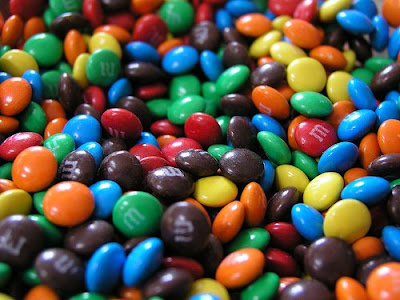 No, not these guys, but aren’t you hungry now?

While I liked the sound of some of Eminem’s songs, because I’m usually a fan of decent rap music that doesn’t strike me as noise, I am nearly always offended by his choice of lyrics. He hits just about every area of offense for me: swearing, racial slurs, violence and name calling. And by name calling I mean he always seems to feel the need to name particular people and then put them down. Dude, can’t you at least try to come up with something original about the world?

The argument that followed with my friend was one that’s always stayed with me, and came to mind this morning as I read the news. Her only defense for Eminem’s actions that she felt completely justified in using was, “It’s his right to say whatever he wants, because he has freedom of speech.”

So…that’s what our countrymen fought (and continue to fight) for? The right to spread slander and hate through the world, call it entertainment and then get paid large amounts of money for it? Hmm. Something tells me that wasn’t their intent.

I'm all for having the right to your opinion, whether I agree with you or not, and we should always be respectful that everyone has their point of view that may be as strong as your own. My friend felt (and probably still feels) that someone exercising their rights justified whatever actions they took, but I ask you this.

Just because you have the right to do something, does that mean you should?
on 6/16/2009

What a great post! I agree with Palin's quote. We have become so accustomed to the way the world is that we are very desensitized. And I don't like it either :(

Sad how that right has been distorted over the years isn't it?

It never occurred to me why the joke didn't bother me the first time I heard it either--but now that you mention it, we are just getting too used to it. Very sad.

I'm totally on the same page with you and Gov. Palin!! You took the words right out of my mouth!

Very, VERY good post! I agree with you! I have always hated the way people abuse the "freedom of speech" line to get away with saying whatever they want -- true or not, necessary or not, etc. I think if the founding fathers had it to do over again, they would probably consider making that line a little more specific.

Fabulous post, you are right on about "freedom of speech." NO it should NOT be used to spread hate around the world.

How did we come to this? (again, a whole other post!)

As far as having the right to do something, this came to mind:

Not everything we may have a right to is something that is good for us to engage in.