Before I blog about anything else, I should finish up my trip to Texas!

On my last day there before going home, Debbie and her husband played Tour Guides for me, and took me to Dallas so that we could see the Book Depository and museum where JFK was assassinated. I can't tell you how interesting it was to stand just a few feet from where Oswald shot at the president! And now, after all of the reading and observing that I've done, I do think there was a second shooter somewhere. My opinion is simply based on that last shot that threw his head back, which I can't imagine came from the building. Interestingly, though, the museum does NOT analyze that shot the way they do the first one through the neck. Very little is shown about the shot that actually killed him.

Conspiracy? YOU be the judge. ;) You and everyone else out there selling anything they could to convince you of it.

Here are some pictures from our day.

The Book Depository -- Oswald was in the lower right window that's just above the trees. I took this picture standing where JFK was first shot. 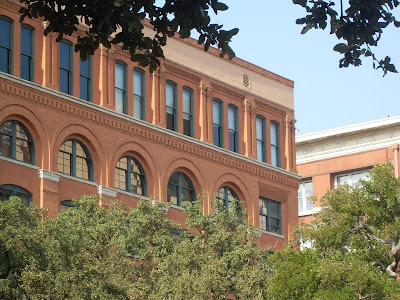 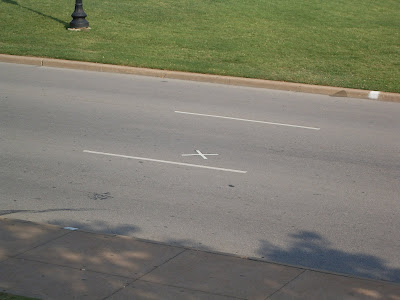 Scott took this picture for me from behind the fence on the grassy knoll. 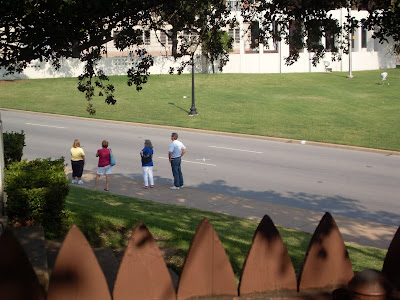 Here's the Grassy Knoll itself! 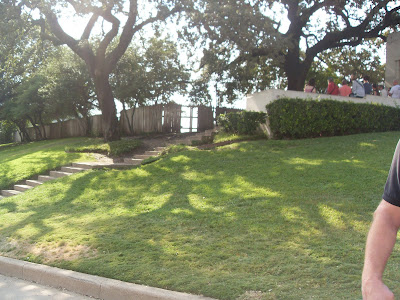 Debbie and I on the Knoll. This is history, people! But aren't we cute? 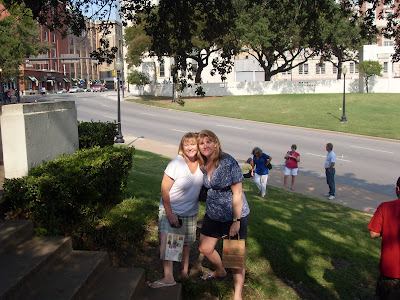 I'm really glad we went out there. I'm a bit of a history buff nowadays and enjoyed seeing this piece of something so big. Thanks D&S -- for everything!!
on 9/22/2009