Something happened last night that I’m still reeling from.

You remember Noelle, right? Cute little six year old that is a beautiful shining light in my life? 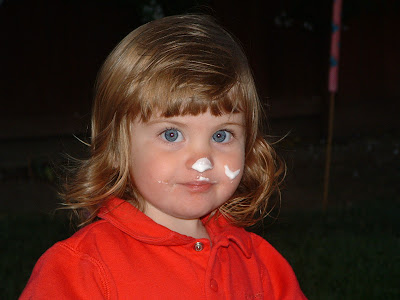 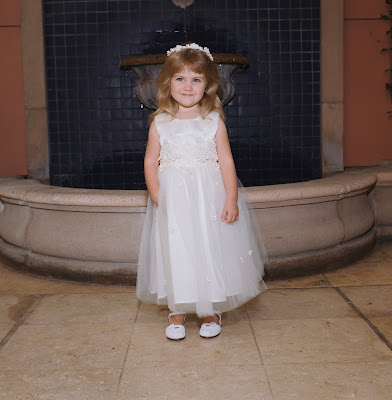 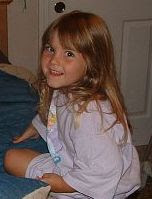 Well, last night, that beautiful little girl, sat down next to us on the couch and asked, “Do my legs look chubby?”

She proceeded to point to her thighs, which were spread a little from sitting, and said, “Look, see? They’re chubby right here.”

Let me tell you – I was shocked. I knew this was coming, but I had hoped it would come at a later age. I had hoped that my six year old baby would still be care free about such things for at least a few more years. Not to mention the fact that she’s perfectly proportioned in every way.

I don’t know if there was a better way to handle it, but I told her she did NOT have chubby legs, that her legs were the perfect size, and the only reason they looked like that while sitting was because she was sitting. My example was my arm, which, when pressed from the bottom, spreads out. I also hugged her (for possibly too long) and gushed about what a beautiful and perfect little girl she is, and that she shouldn’t worry about such things.

What’s interesting to me is that I’ve always been adamant about not spending my time in front of the kids saying things like, “Ugh, I’m so fat” or “I’m so ugly.” I do not use words like that about myself or anyone else, and the kids know not to use the word fat about anyone, either. What I do talk about is eating healthy, getting our bodies into better shape and taking care of ourselves. The last thing I want to do is make them self conscious about themselves, so I try to help them make good choices by focusing on the good reasons to eat right.

Our son, Charlie, has been fighting some weight on his tummy over the last few years, and with a close watch on our diets and exercise, it hasn’t gotten any worse. Charlie has expressed his unhappiness about it, so we focus on using the treadmill, playing the Wii Fit and eating fewer desserts. Most recently we’ve followed my friend Debbie’s previous plan of having certain “dessert nights.” The kids chose Sat, Sun and Wed. The other days we do not have a dessert after a healthy dinner. That has been good for all of us.

I know it’s inevitable that my kids, like anyone else, will start to criticize their physical appearance, regardless of whether or not it’s accurate.

I just didn’t think it would happen so soon!

OMG!! That is WAY too soon for that kind of stuff!!!