New to the Family

Something I never mentioned in my last post was another family change we had over last summer.  As you may recall, we lost our beloved Husky Simba to cancer back in February, and we spent some time recovering from that.  But by spring we were all thinking about the one thing we could never have in the same house as our former hunting dog -- kittens!

Our family always had cats in the past (pre-Simba) and we were longing to have that same feline element in the house again.  One afternoon I was perusing the site of a local no-kill shelter in our town, when up popped a picture of a mama and her two tiny kittens that had arrived.  The two kittens were popping up from behind her with the yummiest little faces, which for days I could not get out of my mind.  So that weekend I spontaneously said to the family, "Who wants to go take a look at some kittens?"  Naturally everyone was on board, so to the car we went.

How do I describe how we all felt when we first laid eyes on these two kittens?  I know no better way to explain it than...it was meant to be. 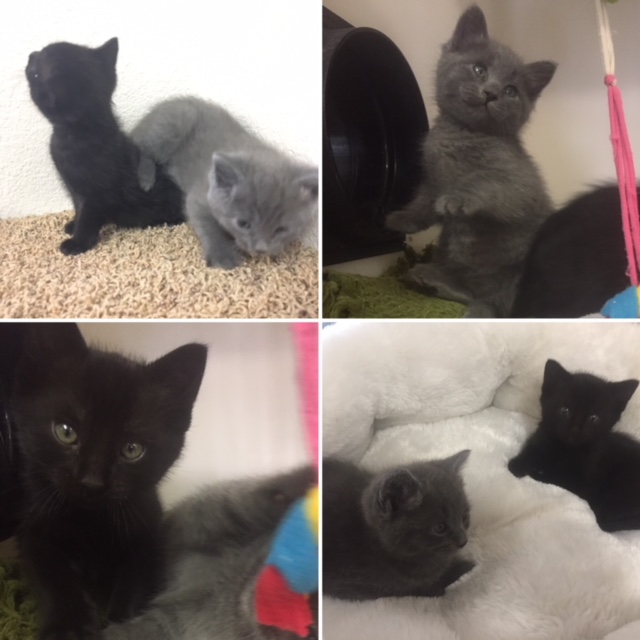 By the time we walked out of the shelter that afternoon, we had started application paperwork to adopt these two sisters as soon as they were old enough.  We couldn't stop smiling!  As we were walking to our car, Charlie noticed some flowers growing near the building and pointed out that they were similar to ones we grew at our old house.  I told him he was right, and they were called "Iris."  It took him about ten seconds to note that he liked the name, and then suggested it for what would be his kitten (the black one).  No joke -- by the time we reached the car, Iris was her name!  As we started driving home, Noelle pondered what she should name hers.  I suggested keeping with the floral family and had her google flower names to see if there was one that struck her.  Two minutes later I was fighting for Primrose, but she then saw (and fell in love with) "Zinnia."  And there you have it -- Iris and Zinnia were the new members of our family.

Of course we still had to go home and finish our applications, hoping that the shelter would choose us.  But as it goes, because we were the first to apply and we wanted them both, it was a bit of a no brainer.  In the mean time, we visited them constantly and also volunteered at the shelter quite a bit, helping with anything we could.  These girls were not hurting for attention or love. 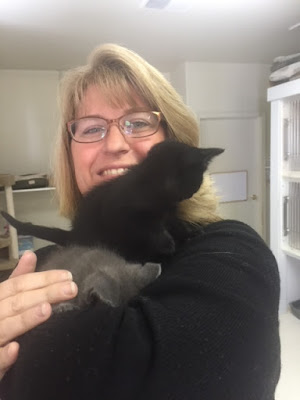 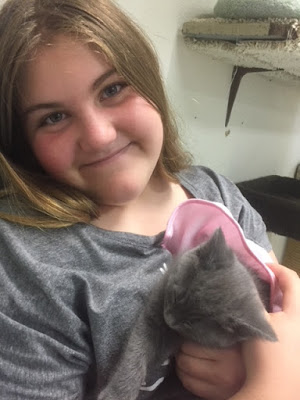 By May, they were weaned, spayed and ready to come home!  We really planned ahead, making our family room a safe space for them that was separate from the dog.  (A baby gate between them let them meet without any danger to anyone.  By the time we took the gate down, dog and kittens were just fine with each other.)  Since then they've been growing like weeds and making us all very happy.  Sure, they have their quirks -- like when Iris decides she wants to play fetch at 4am and wakes me up by dropping a piece of balled up paper in my face.  That's fun.  Or Zinnia and her 6am love bites on Noelle's chin or nose.  Not aggressive, but not fun when you're trying to sleep! 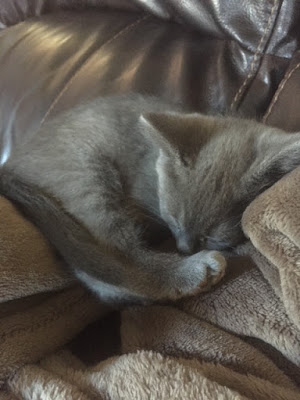 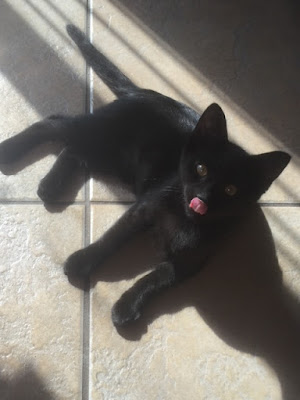 Welcome to the family, sweet girls!  We're so happy you're here!