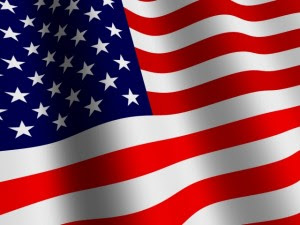 As you may or may not know, I'm a Veteran's Day baby. Being an Army brat, this makes my birthday all the more special to me. Yesterday's time on Facebook was overwhelming to me with all of the well wishes for my birthday, as well as all of the shout outs and thank you's to our service men and women. It leaves a good feeling when people really want to remember and honor those who have given time in their lives to serve our country -- we're so blessed to have them!

It wasn't a terribly special birthday in terms of years -- 34 doesn't really count for much more than yet another year passing by. But I do enjoy that one day of the year that's supposed to be "all about me." Unfortunately, nobody got the memo about that to my kids in time.

Things started off well enough. I got up early enough to bake some “fresh from a can” cinnamon twists for breakfast, which we were all happy to partake of. Charlie made it a point to tell me that he was going to start my birthday off right with something that would make me very happy, and then he gave me a big loud kiss on the cheek. He was right – I left for work smiling.

At work it wasn’t too well known that it was my birthday, and that’s alright with me. Some of you out there may love the cake experience with your co-workers, but I dread it. Most of them know it by now that I’d prefer flowers or lunch out, but even that isn’t all that important to me. Plus I hate the idea of any of my bosses feeling pressured to do anything special. They’re good to me year round, so I’m not worried about this being yet another time they have to make another effort.

One co-worker did know, and she sang to me. We laughed our way through the awkwardness of it, and I appreciated the gesture.

When I picked up the kids last night, they were in a pretty good mood. I surprised them by having “I Gotta Feeling” by the Black Eyed Peas all cued up on the iPod. We rocked out on the way home, but unfortunately that joy did not last.

To keep things “simple,” I chose to nix the dinner out plan and instead opted for a feast. At our house, a feast is when we pull together a random assortment of favorite foods, gather around the family room coffee table, and just enjoy our meal together. Since we didn’t have a lot of good feast food in the house, I suggested we all head to Safeway and everyone could “pick out whatever they wanted.”

This is where I made my mistake. Never tell two children that they can get “whatever they want.” Because, you see, I did not set any parameters. What I should have said was “everyone can pick out 2 things and only one can be a dessert,” or something along those lines. I realized my error when we halfway through the store and the kids started asking for more and more items. As I began to say no to a $13 platter of berries and a lone bag of chips, they became more and more agitated. It seems I became “mean Mommy” who lies and doesn’t let them get “whatever they want” as previously promised.

This led to some grumpiness…that led to some whining…which led to some crying…and eventually finished with Rick and I yelling at them in the van. No, this wasn’t turning out to be as much fun as I had imagined. When we finally got situated with our food and our bottle of cider, things turned around, because as all parents know: once you get some food into crabby kids, the kids start to be human again.

The big surprise of the evening was that I got an actual birthday present that I really wanted but didn’t really think I’d get. You see, one of my favorite things in the world is my Brighton watch that was given to me on my 30th birthday by my best friend. I’ve worn that thing every single day for four years. At least, I did, until the day we went snorkeling in Hawaii.

Here’s a tip: don’t go snorkeling with your watch on.

Sure enough, it died, and my heart was broken. In my hunt for a replacement, I emailed my husband the new watch I’d love to have, but knowing how far the store is from our town, I didn’t have much hope. Much to my surprise, he did a little research and found a nearby store that has them. 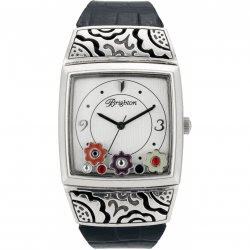 I was so happy – I might have cried a little. It was such a wonderful surprise, and I’ve been smiling all day today, showing anyone who will give me the time of day the fancy new watch my family gave me. I'm feeling the love.

Happy Birthday to me!

love the watch... and the pun "showing anyone who will give me the time of day..." hahaha that cracked me up!