Lately I’ve been fretting a lot here and there about finances. These days I’m the sole income for my family, which is not new, but being the only grown up in the house brings added pressure to stay one step ahead of everything. If anything gets missed, guess whose fault it is? 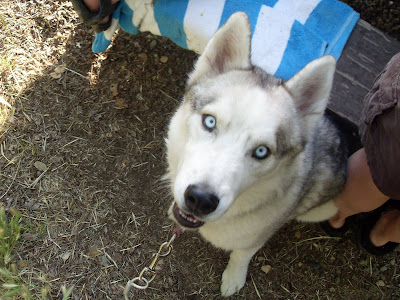 
Don’t get me wrong – I’m not going on spending sprees, eating out four nights a week and shopping online whenever I feel like it. That kind of freedom would be fabulous, but that’s not my life.
I shop with a grocery list.
I cook at home nearly every night.
I make lunches for all of us every morning.
You get the idea – we're careful!
One thing I love is insight from other people about how they balance their budgets, or where they cut costs, etc. Once I realized I had more going out every month than coming in, I knew that I needed to start making some changes, and quickly! So what did I do? I put the word out on Facebook that I am trying to tighten my budget, and asked for ideas from anyone who had one. I figured I’d get a few comments back – maybe five?
Try 21!
It turns out I’m not the only one out there watching her every penny – go figure!
I received a lot of great suggestions on how to cut spending, and here are a few I've done so far.
I'm still finding ways to save here and there, including stretching our grocery budget as far as I can every week.  If you have anything clever to share that you've done to help save your family some money, leave a comment and share it!
on 5/20/2010

I'm thinking even in the winter an extra blanket would be a better purchase. I don't like my house too warm, I work in an ice rink and get used to the cold temperature but during the winter my heating bill was $77 every two months. Come spring and it's dropped down to $17... The one that's hardest for me is unplugging the computer. I hate the 2 minute shutdown/start up. I know it's not long, but I still hate it haha.

When I wasn't home during the day, had programmed our thermostat to have the air off from 8 - 2. Now that I'm working at home, I haven't changed it. I sit in front of the hot computer and sweat. I keep thinking I'll reprogram it, but I don't want to pay a higher electric bill! Sigh...

Whoa! I am just about as thrifty as they come but I have never heard of getting a discount on trash pickup for having a smaller trash can. I'm going to have to see if Albuquerque offers anything like that!
The first tips that come to mind for you are: No cable whatsoever (not just a less expensive package! You can check out movies from the library for free) and no frozen waffles! Cereal (ALWAYS on sale and with a coupon - NEVER pay more than $1.50 a box) and oatmeal are dirt cheap, especially if you buy the oatmeal loose.

That's quite a budget sister! And the toaster thing cracked me up....that's really smart! Simba is beautiful!

Mer,
You should ask Mark about his cheap "rice and beans" meal pan that got us through our tough patch a few years ago. We were just reminiscing about how delicious it was, and how cheap! You just have to add "the Mark touch" and it doesn't feel cheap!

Have you considered recycling your own stuff for cash? I know it's not much, but it could be enough to get the kids a little something special once a month?

Kids get more expensive the older they get, right? I'm feeling it over here, too!