"THE CROODS is a 3D comedy adventure that follows the world's first modern family through the journey of a lifetime. When the cave that has always been their home is destroyed – with the rest of their world not far behind it – The Croods are forced to set off on the first family road (or path) trip. Rocked by generational clashes and seismic shifts, The Croods discover an incredible new world filled with fantastic creatures, and a future beyond any they imagined.

The Crood family dynamics, though unfolding a few million years ago, feel like they could come from your own household.  Like most fathers, family patriarch Grug (Nicolas Cage) is fiercely protective of his wife and three kids. His hyper-vigilance has kept his cave-bound family safe, secure and....super- bored.  Grug’s strong and dutiful better half, Ugga (Catherine Keener), accepts her husband's "fear is good; change is bad" mentality, as does their son Thunk (Clark Duke), who’s content with the static status quo.  Feisty mother-in-law Gran (Cloris Leachman) never tires of needling (or sometimes assaulting) Grug; and stone-tough toddler Sandy might be the fiercest Crood yet.

But leave it to a rebellious teenager (is there any other kind?) to stand up to parental authority.  Grug's sole focus is survival, but Eep (Emma Stone) wants to actually live, and her curiosity about the world outside their cave collides with her dad's primitive rules.

A cataclysmic event forces the Croods to venture into parts unknown and rethink their way of living.  En route, they encounter Guy (Ryan Reynolds), whose dazzling new discoveries – like fire...and shoes – shake up the Croods in unexpected ways. Most of the family (especially Eep) is smitten by Guy’s vision of a new place called “tomorrow,” but Grug sees the biggest calamity yet: a charming teenage boy from which he must “protect” Eep.

The Croods soon realize that if they don’t evolve…they’re history."

My kids and I watched the trailer for the movie to get a stronger sense of the characters, all of which I can't wait to see on the big screen.  The actors who participated in the film are a lot of favorites at our house, making it that much more appealing to see.  You can view the trailer here, and visit The Croods movie website here.

To celebrate the upcoming film (that we will be FIRST in line to see!) I'm pleased to be giving away both a movie poster and a plush toy of the sloth character, Belt.  My kids are crazy about both! 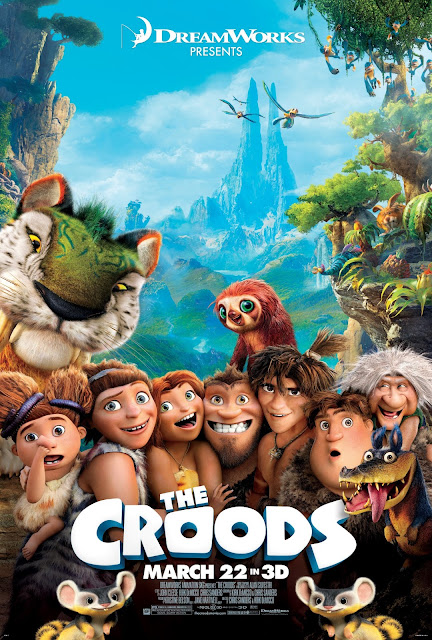 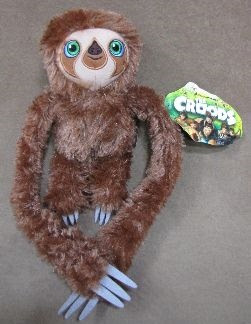 Leave a comment on my blog and share with me your favorite character from any DreamWorks movie that your family loves, and be sure to include your email address.


--> Contest ends March 18, 2013 at midnight PT. You must include your email address or your entry will not be counted. Open to US and Canada only. Winner will be contacted and have 24 hours to claim their prize or another winner will be chosen.

I received related products in compensation for this post. All opinions are my own.
on 3/14/2013

we all love Shrek
Thank you for hosting this giveaway

We all really like Po in Kung Fu Panda