If I'm not careful, Google is going to change the name of my blog to "Crazy Cat Lady."  I've got the mug to prove it, thanks to my cousin, Laurie.

There are other things actually going on in my life besides adopting cats.  No, really!  And most of them are pretty good, albeit busy, things.  Here's a little rundown.

Jobs
Yes, that is supposed to be plural.  Because I basically have four jobs.  (Not including the always standing mom/homemaker/wife stuff.)  I started subbing for our local grade school district a few years back, and then I decided to add the high school so that I could be even busier.  To be truthful, sometimes weeks will pass with nothing very good popping up and no phone calls, so it's not full time craziness.

On top of that I added being a Lyft driver so that I could bring in some extra cash in my spare (HAHA) time.  It's actually quite successful and fun as long as I go to better parts of California to do it.  My hometown is not exactly a bustling community, but if I'm in Monterey or San Francisco, I'm driving someone constantly.  It works out well, and I've met some really interesting people.  Including a band member of a band I love -- that was a cool day!

My fourth and most recent job popped up unexpectedly.  It actually appeared on Facebook, of all places, and I threw my hat in.  It was a part time office position at a local church that also happens to run the preschool my kids went to.  You never know if these things will actually happen, and I rather forgot about it, but then out of the blue I got a call from the Pastor, asking if I'd like to come in and interview.  I did, and we hit it off!  She's so down to earth and easy to talk to, and the job is only 12 hours per week, so I knew I could cram it in.  Much to my delight she called three days later and offered me the position.  I was thrilled!  I accepted and started in October.  It's a lot of fun working with such nice people, using my Executive Assistant skills on a not very stressful level.  Good for me, good for my resume.  And compared to my last job it's a cake walk -- nobody yells, swears or slams doors.  I'm on board!

School
Maybe I'm not in school anymore, but both kids are now doing online school from home, so we are up to our eyeballs in class work, tests and labs.  Both of them turn to me for support regularly, so I'm very involved and often using my mad typing skills to get things done in a timely manner, which serves to help me keep those skills polished.  Everyone wins!  To be honest, I'm counting down the days to the upcoming breaks.  Hurray for Thanksgiving!

Election
I'm voting today.  I don't know how I'm remembering to since NOBODY is talking about it. 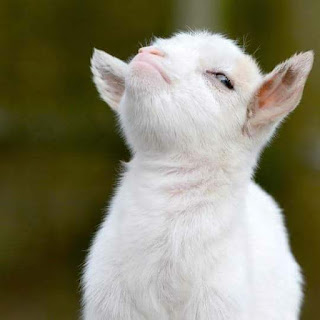 Frankly I'm just thrilled that "ad season" is almost over.  If I have to hear one more person slam another person for doing things differently, I'm going to lose my mind.  All the hate and mud slinging is exhausting.  It would be nice if we lived in a different political climate, but I suspect it's only going to get worse from here.

One thing we're lucky to have is a ballot drop box.  I don't have to stand in line -- I just hand deliver my mailed ballot and drive away!  Yippee!

Cheers for now to everyone -- I hope you have a fabulous day!